Whereas: The Walker County Democrat Club was organized to promote interest in governmental affairs and the principles of the Democratic Party.

Whereas: over the past 20 plus years this means of communicating to its members has evolved into internet and social media outlets, and requires that the Walker County Democrat Club establish a new permanent Officer for the Club.

Be it Resolved: that the addition of the position of Systems Administrator to Article VI Section 4 of its bylaws, be added. (See Bylaws proposer attached).

Be it Resolved: that this position is to maintain all of the club’s Web Page, Social Media Outlets and all IT Services.


Section 1.  The officers of the club shall consist of a President, Vice-President, Treasurer, Corresponding Secretary, Recording Secretary and such other officers as may be deemed necessary by the Executive Committee.
Section 2. The duties of the five officers named above shall be as follows:
PRESIDENT:  The presiding officer of the club.  Calls and conducts all meetings, appoints committee chairs, acts as liaison with the County Chair and State and National Democratic Parties and keeps informed of political events and schedules.  Makes recommendations for expenditure of club funds for approval by the Executive Committee or the membership.  Directs the Treasurer to make approved expenditures.
VICE-PRESIDENT:  In the absence of the President, carries out the duties of the President.  Keeps informed by working closely with the President.
CORRESPONDING SECRETARY:  Keeps the club membership regularly informed about club meetings and activities.  Maintains contact information for other Democrats and other persons favorably disposed to the Democratic Party.  Assists in publicizing club meetings and activities.
RECORDING SECRETARY:  Maintains complete and accurate records of the club’s activities, including the minutes of each meeting.
TREASURER:  Administers all funds and maintains complete financial records of the club.  Collects all dues and other funds.  Maintains an up-to-date roster of club membership based on payment of current year’s dues.  Reports the status of finances at each meetings.  Keeps the President advised on all approved financial transactions.  Files appropriate reports with the Texas Ethics Commission.
Section 3.  ELECTION:  The officers shall be elected annually at the April meeting by a majority vote of the members present and voting, and shall hold office until the election of their successors.  A nominating committee, appointed by the club president or executive committee, shall submit a slate of officers to the membership.  Additional candidates who are members in good standing may be nominated from the floor.  Voting for the candidates can be either oral or by ballot.
Section 4. SYSTEMS ADMINSTRATOR: In addition to the elected officers named above, a System Administrator who will maintain all of the club’s Web Page, Social Media Outlets and all IT Services, to be selected by appointment of the Club President with the approval of the Executive Committee. This Officer will serve as ex officio member of the Executive Committee.

The Walker County Democratic Headquarters will be closed for the remainder of March, and all of April. We apologize for any inconvenience... 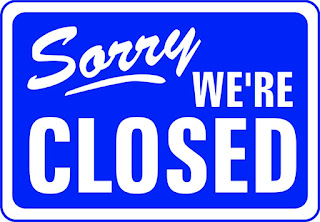